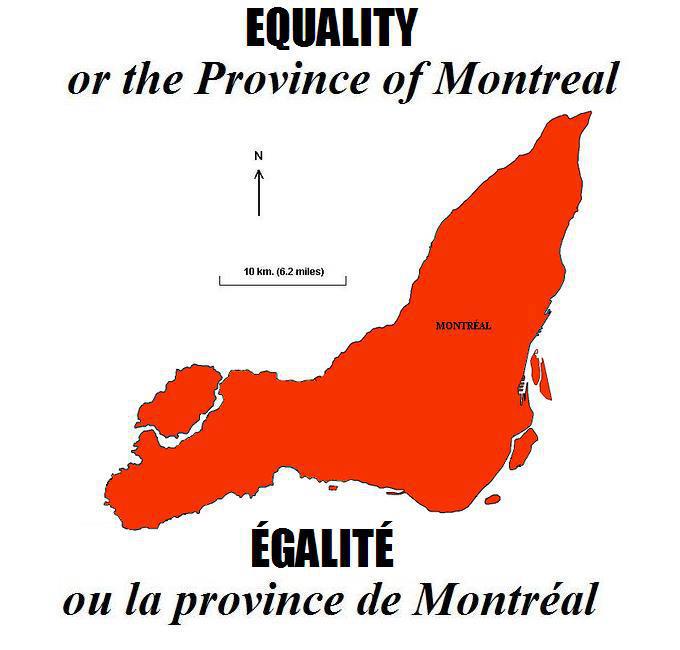 Freedom of expression means that u cannot legislate French only of English half the size or bilingual. Private companies should be allowed to have anything they want on their signs and language.

So you say that YOUR Suprem Court is wrong, then.  it fully supports all of Québec’s laws including Bill 101

Of course the supreme court made a wrong decision but look at the decision carefully the interpretation was also wrong. Courts in South Africa were wrong and so were southern courts in the USA in the segregation era.

Our decisions our laws must mimic human rights declaration . As free people we must stand up and correct them in a legal fashion

Interesting.   The Suprem Court of Anglo keneda would be racist against anglos.

You are such poor victims.

Three centuries of ethnic cleansing against whoever was in Canada before anglos and you still have to suffer the presence of some real Canadiens who refuse to disappear and won’t submit completely to anglo rules.

Deportation of the Acadiens, massacres and murders of the Métis, starvation, infection and perpetual confinement of the Natives in concentration camps, kidnapping of several generations of Native youths who were beaten up and abused until they would speak English, over a century of anti-Canadien apartheid banning the founding language of this country in all provinces and territory outside of Québec in order to eradicate the French speaking majority populations, harsh economic segregation making the real Canadiens white ne78ers in their home land and forcing two-thirds of them into permanent exile for survival, permanent hatred propaganda and incitations to violence, denial of rights and democracy, systematically imposed federation, partition, constitution, courts,  governments and taxations,  state terrorism …  the list goes on and on and on …

And what do you do today : More denigration,  more lies, more hatred propaganda , plees for illegal partition, etc.  The old recipe as worked so well for centuries so you just keep the same today.

Bring that to UN and Amnesty International, like Galaganov has already, and they will laugh in your face…